Polyhymnia’s Artistic Director John Bradley has played many roles in the world of historically informed performance. In addition to conducting and musicology, he has studied historical costuming, stage direction, and Baroque gesture. He was involved with fully staged productions of Carl Heinrich Graun’s Montezuma with the Arcadia Players, Purcell’s King Arthur with the Boston Early Music Festival, G.F. Handel’s Alcina with Ex-Machina Baroque Opera Company in Minneapolis, and Handel’s Dueling Sopranos with Julianne Baird, Beverly Hoch, and the Philadelphia Classical Orchestra. As a singer, John’s credits have included Monteverdi’s 1610 Vespers and J. S. Bach’s Johannes Passion with ARTEK and the New Jersey Bach Festival, and numerous concerts of early choral music in small vocal ensembles. One of John’s favorite gigs was as a baroque “chorus boy” in a tour of Purcell’s Dido and Aeneas with Amherst Early Music, in which he was a singer and a featured dancer. Over the years, John has sung with some of the finest church choirs in NYC.

John’s first and last love is small ensemble singing combined with interdisciplinary research in music, historical liturgy, and music history. He has assembled several early-modern liturgical reconstructions, including Masses and Vespers from Pre-Reformation England, Ireland, 16th Century Spain, and Imperial Germany. Well-versed in the reading and interpretation of Medieval and Renaissance notation of both chant and polyphony, John has created numerous original editions of Renaissance choral masterworks for Polyhymnia. In 2004 John’s edition of Jacob Vaet’s Missa Ego flos campi was performed in Boston as a Boston Early Music Festival fringe event. The mass was performed by Polyhymnia again in 2014, ten years after it was first completed. He has also made editions of Nicholas Gombert’s Missa Quam pulchra es and lavish 12-voice Regina Caeli, both of which were performed in New York, Boston, and Providence in June 2007. Other editorial projects include Cristóbal de Morales’ Missa pro defunctis, Palestrina’s Missa Assumpta est Maria, Francisco Guerrero’s Missa Surge propera, and John Taverner’s Missa Gloria tibi Trinitas, with which he has also edited the liturgical chant from Irish sources for A Mass for Patrick of Ireland in March of 2011. In 2014 he completed extensive revisions on Thomas Tallis’ hymn Quod chorus vatum and a new edition of John Sheppard’s Media vita. Most recently, John edited Robert Fayrfax’s Missa Tecum principium for Polyhymnia’s 2017 -2018 season.

Over the years, John has provided musicological notes and performing editions for the Church and Choir of St. Luke in the Fields. These include their premiere concert and recording of Pierre de Manchicourt’s Missa Reges terrae and motets edited from Renaissance music publisher Pierre Attaingnant’s 1539 motet collection. The mass and motets were released on the critically acclaimed CD by MSR Classics in 2016. In 2019, he again provided the musicological notes for St. Luke’s well-received CD of the music of Palestrina.

John holds degrees from Kalamazoo College, Western Michigan University, and Case Western Reserve University. He lives with Charles Keenan, his husband of nearly twenty-two years, and their overindulged and overfed cats Benjamin and Bartholomew in the Lincoln Park neighborhood of Jersey City, NJ. 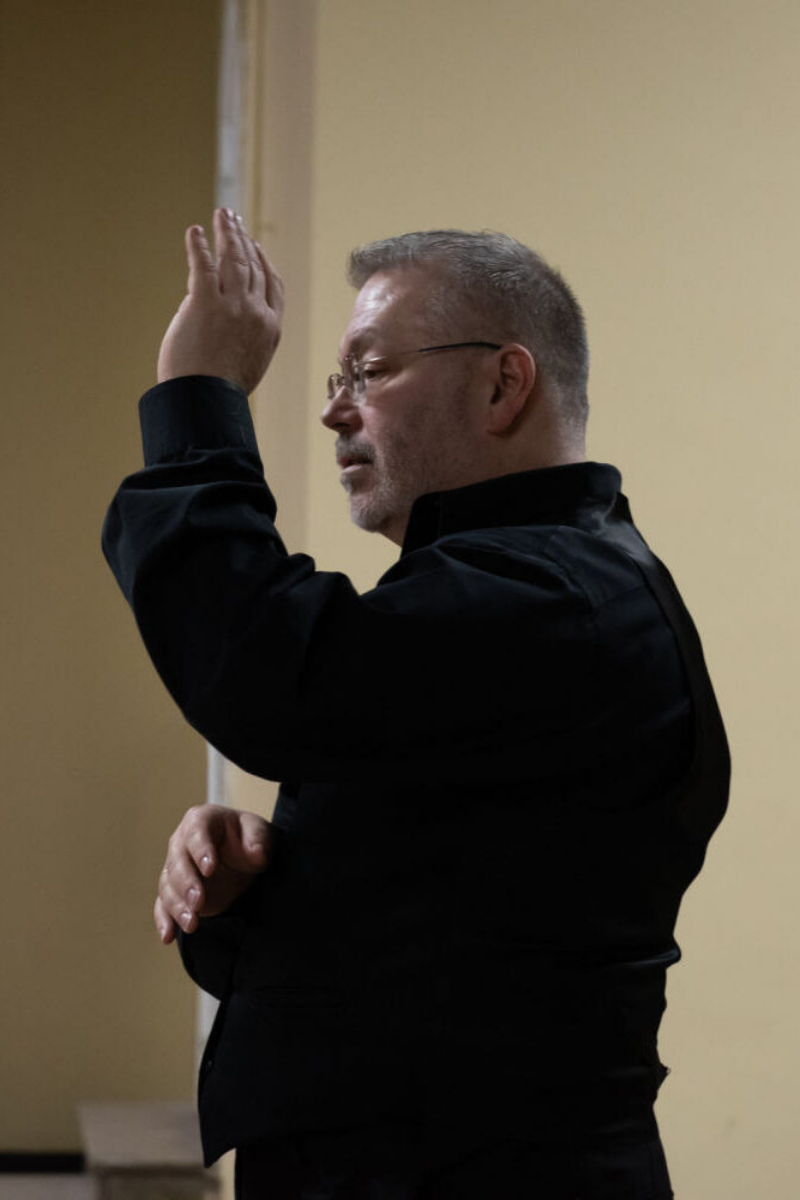 Judith Wink – President, has been a member of Polyhymnia’s board for 14 years and was appointed president in 2012. A retired English teacher, she is also an amateur musician and has been a devotee of Polyhymnia since it was only a gleam in director John Bradley’s eye. For 10 years Judith was concert manager of the New York-based series Music Before 1800. She has been treasurer of the New York Recorder Guild since 2018. A native New Yorker, Judith lives in Manhattan with her husband and some undemanding house plants.

Doug Houston – Treasurer, has been a member of Polyhymnia’s board since 2011. He has been an active choral singer since 1984 and a committed Polyhymnia supporter since 2005. Doug is employed as a Senior Principal Analyst with the Financial Industry Regulatory Authority. He holds a Masters Degree in Accountancy from the State University of New York Polytechnic Institute and is a licensed CPA in the States of New York and Virginia.

Sig Rosen – a member of Polyhymnia’s board since 2008, he has been an active choral singer since 1964, and focused on Early Music since joining the Renaissance Chorus of New York (RenChorNY) under Harold Brown. He has also been a member of the Columbia Collegium Musicum under Richard Taruskin and Alexander Blachly, and the Renaissance Street Singers under John Hetland. Sig has been an advocate for the dissemination of the great body of sacred music of the Renaissance for over a generation.

Nancy Tepper – Secretary, an ardent fan of the group since its inception, has been a member of the board since 2004. A graduate of Cornell, and a commodities trader by day, she is a familiar face in the NYC choral scene, having sung with many NYC based choirs including singing currently with The Choral Society of Grace Church, Florilegium Chamber Choir, and St Andrew Chorale. Having been a member of several choral boards and committees, she has a wealth of information that informs the governance of Polyhymnia, and she is also an active member of the New York Choral Consortium representing Polyhymnia, Florlilegium and the Choral Society of Grace Church.

Charles Keenan – has been a member of the Polyhymnia board since 2010. He is a medical professional and runs Central Sterile Units for Hospitals and Surgical Centers. He is an avocational music lover and supporter and can be seen as an audience member at many choral and early music concerts. He has deep ties to the Episcopal Church as a volunteer. He also serves on the Condo board of his residence in Jersey City.

$5 Off  Our Next Concert - ​Partners Both in Throne and Grave: Music for Mary I and Elizabeth I