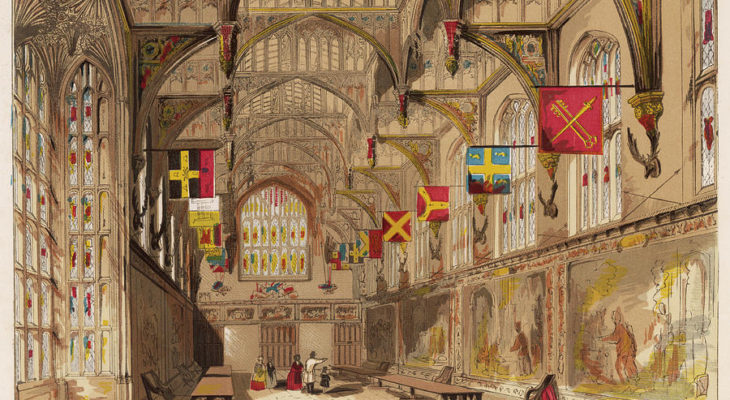 Thomas Tallis was born around 1505.  We know nothing of his career or of his education until his appearance at Dover Priory in 1531 or 1532.  Dover Priory fell to the dissolution in 1535, and Tallis then journeyed to London where he appears on the payrolls of St. Mary-at-Hill in 1537-8. St. Mary had a reputation for musical excellence and it seems likely that Tallis would have made the acquaintance of some of the greatest musicians of the day while in their employ.  He moved to Essex in 1538 and became a member of the musical establishment at Waltham Abbey which holds the dubious distinction of being the last institution to fall to the dissolution. Tallis’ next appointment was at Canterbury Cathedral, recently re-founded with an expanded choir, fitting for the mother house of the nascent Anglican Church. Tallis was appointed to the Chapel Royal in 1543, and is the only 16th-century composer who served four rulers of a single dynasty, both Catholic and Protestant. During the seven years of Edward’s reign, Tallis continued to compose new music for the services for the new Book of Common Prayer.  While composing for the musically austere chapel of Edward VI, Tallis adapted with great dexterity, losing none of his musical sensitivity while writing in a much more direct style. When upon her accession Mary I restored the Sarum Rite, and Tallis simply picked up where he had left off as Mary’s liturgical requirements required.  Mary’s reign was only to last five years but during that time the musical efforts of Thomas Tallis, along with his somewhat younger colleague John Sheppard, were unparalleled. Between them they composed across all musical genres providing music the church feasts with a special emphasis on the days at which the monarch played an active role. Tallis died in 1585 at about 80 years of age, quite venerable for his time. He left behind a wealth of music, most of which is still in active use today in churches worldwide.  He is called “the Father of English Church Music”, and rightly so, having founded a tradition of music for Anglican worship that has endured to the present.

One of the greatest examples of the uniquely English liturgical form, the Choral Respond. Choral settings of the responds were almost certainly invented by John Taverner C. 1490-1545), and it is also likely that his Dum transisset Sabbattum is the first of its genre. There are two forms of the respond, the solo respond, and the choral.  The basic respond form is an antiphon followed by a verse followed by a portion of the antiphon. The inclusion of the Gloria Patri is determined on which reading it follows. The third, sixth and ninth, incorporate the half doxology while the others do not. Tallis’ responds incorporate the chant melody as a monorhythmic cantus-firmus around which the polyphonic lines are composed. The respond is sung all way through, followed by a verse or verses if the Gloria Patri is included, and then the unison section is resumed part of the way through to the end. The respond enjoyed a brief, but glorious appearance at the end of the Henry VIII’s life and a stellar return for the five years of Mary I’s catholic revival. Though composers like Byrd, Tallis and other later Tudor composers continued to set respond texts, the alternatim form containing plainchant fell out of fashion with the death of Mary I. There is some possibility that Elizabeth would have used them in her private chapel as she preferred Latin there, but not in public worship which was, after her accession, entirely in English.

It has been difficult to date Tallis’ responds  though it seems that the current musicological opinion is that they belong to the reign of Queen Mary.  They are mostly mature works, especially Videte miraculum, and  Loquebantur,  which are clearly executed by an experienced and confident composer.   Loquebantur with its text for Pentecost is intricately woven in seven voices, perhaps in reference to the re-occurrence of the mystical number seven.  Pentecost, or Whitsunday as it is know in England, falls 50 days, or seven weeks of seven days plus one after Easter. The polyphony swirls up and around with a surprising number of thrilling dissonances, the many tongues of the apostles and the fire of the Holy Spirit combining in a musical tour de force.

The apostles spoke with other tongues, Alleluia;
the wonderful works of God, Alleluia

They were filled with the Holy Ghost and began to speak.

The wonderful works of God, Alleluia.

Glory be to the Father and to the Son  and to the Holy Ghost. Alleluia. 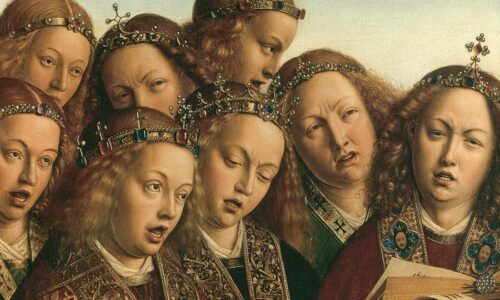 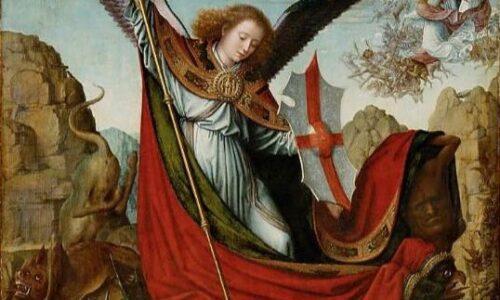